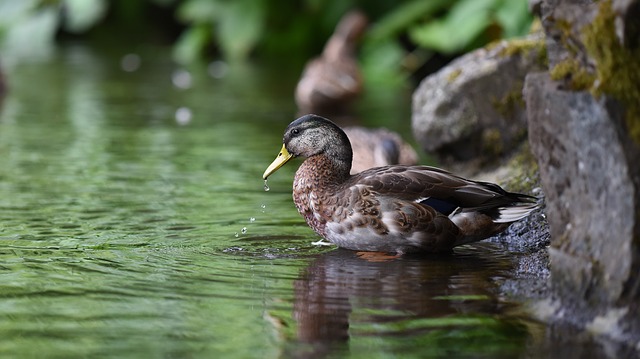 When we think of ducks, we picture the common mallard or various hybrid ducks found around us. Breeders know, however, that there are many types of ducks, few of which actually have the word “duck” in their name.

While all these ducks belong to the Anatidae family, the scientific family of ducks is so vast that it is possible to group some certain duck species into smaller divisions based their common characteristics.

By understanding the different types of duck groups you’’ll be able to grasp the wide picture in terms of duck classification. iDuckn categorizes them together with their identification features and pictures to help you understand them well.

Note: To get a more detailed article on each type of ducks, please click on the names respectively.

The Dabbling ducks, “dabblers” belong to the Anatinae subfamily. These ducks posses a unique feature wherein their legs are positioned in the middle of their underside. This distinct feature enables these ducks to balance themselves properly when they are upside-down in the water. They tip up , instead of diving, in order to feed. The way their legs are positioned helps them to walk on land. 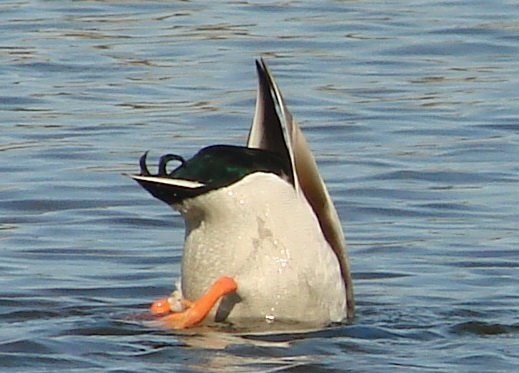 They have long, narrow wings; this makes it easy for them to fly just by jumping out of the water and flapping their wings. Dabbling ducks are mostly seen in shallow and mud waters and float high on the surface of the water.

The Diving ducks belong to the Aythyinae subfamily. These ducks are agile swimmers that dive far beneath the surface of the water to get food, including small fishes, and aquatic plants; they also feed on snails and insects.

●They have rear sided legs, which help them swim underwater.

●They have smaller wings, which reduces their weight while under the water.

●They have a different flying technique.

●They can’t fly just by jumping off the water; they have to walk or hop on the water until they can finally gain flight. 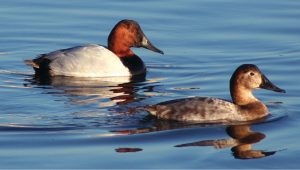 Furthermore, diving ducks are mostly found in deep waters. They prefer to stay in the water and can be gawky and awkward on land. It has been noted that the ducks often float low where only their neck and a part of their back is seen.

Diving duck species include the Goldeneyes, Scaulp, Canvasback, and the Redhead.

The Perching ducks belong to the subfamily Cairinini/Cairininae. These ducks are given the name due to their habit of perching on trees. They have outstanding talons on their webbed feet, which gives them better grips to perch and also have long claws on their toes.

Perching ducks possess the qualities of both the shelduck and the dabbling duck. They are often found along wooded waterways, along inland water sources, and in other areas with appropriate trees for nesting.

The Whistling ducks belong to the subfamily Dendrocygninae. They are tropical ducks that possess long legs and necks, unlike the typical compact duck proportions; they sometimes may be mistaken for small geese. 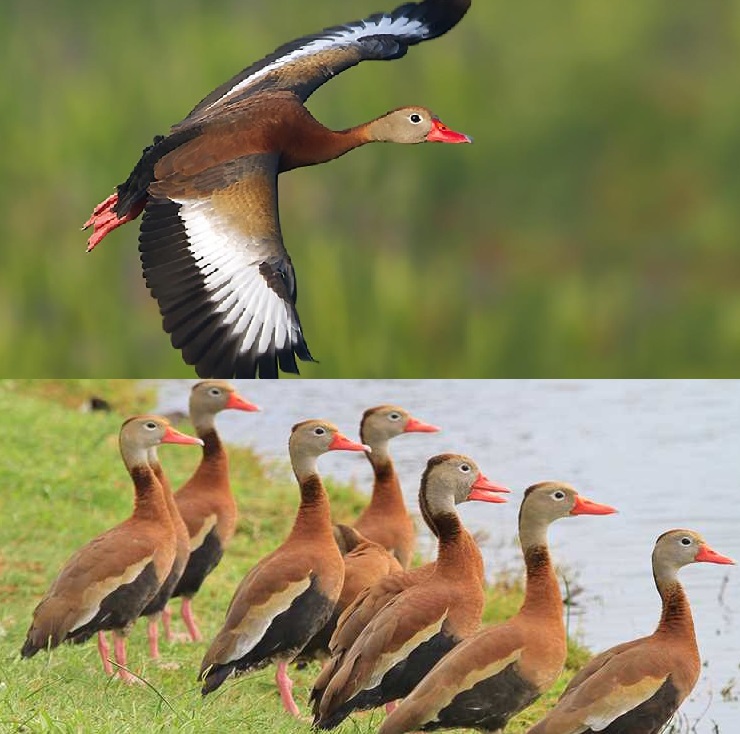 These birds are named due to their unique shrill whistling calls, which can be heard for long distances; this makes them to be often confused for other birds and animals.

Whistling-duck species include the fulvous, black-bellied, and white-faced whistling-ducks.

The Sea ducks belong to the Merginae subfamily. These are marine birds found in coastal (marine water) habitats. They are said to be diving ducks because of their diving quality; however, sea ducks can tolerate seawater because they have developed salt glands. 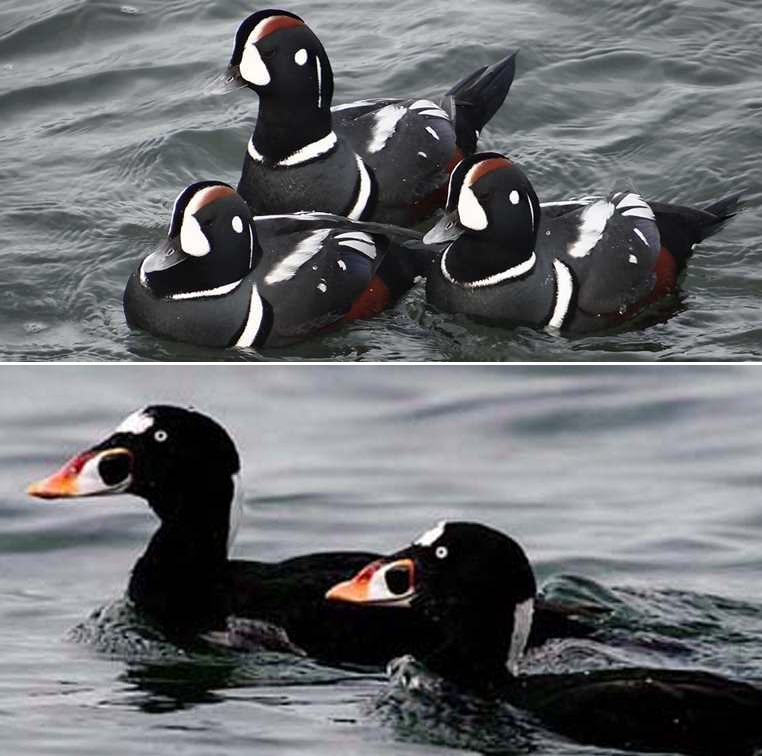 These bulky birds can range further inland during the migration and nesting season , regardless, drifting sightings are regularly recorded as well as possess special glands to help them tolerate salt water without getting dehydrated.

Domestic ducks are not a wild species; they are instead refugees from farms, gardens, and zoos, and they are often kept as pets. Raised for meat, eggs,entertainment, and as pets; these ducks often move in mixed flocks on urban and suburban water bodies. Their unique plumage, mottled colors, and wide range of sizes proves the level of crossbreeding with other wild and domestic ducks. However, over breeding often leads to culling of flocks in urban areas. 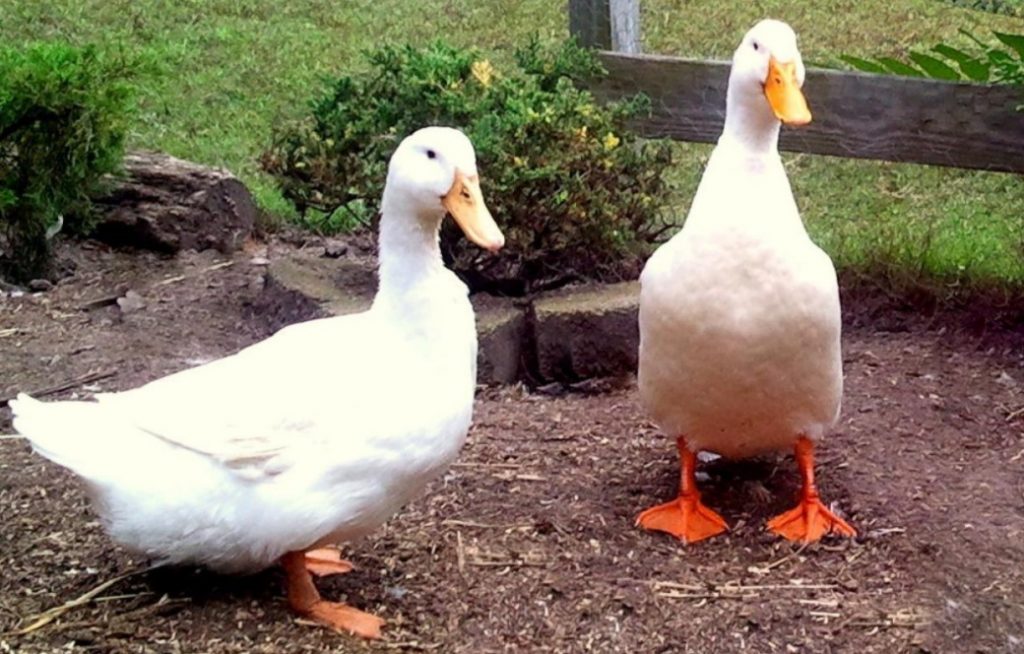 Some of the above species like the Mallard, Muscovy, and call ducks fall under the domestic duck category. 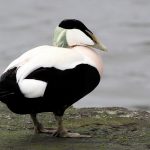 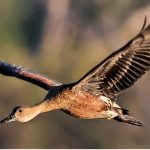 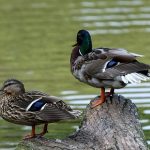 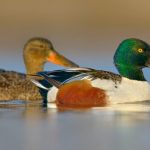 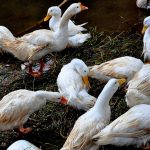 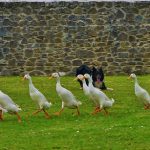