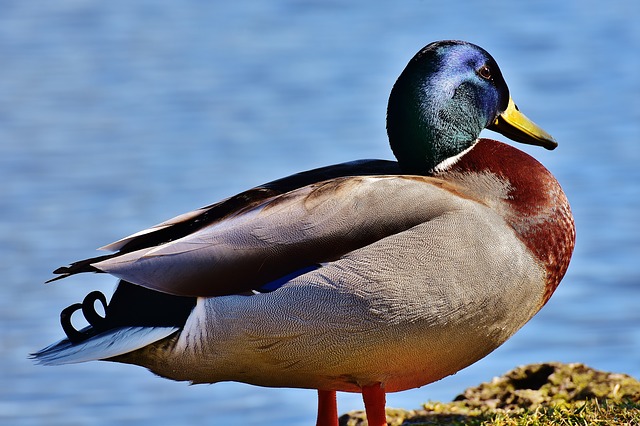 Ducks are one of the most common bird species in the world. They are referred to as “Water fowls”. People do not usually notice the difference between a young adult duck and an older duck because of the not so obvious physical changes between them.

Ducks do not live long as compared to the geese. The average lifespan of a domestic duck is 10 years or less, but some ducks have been recorded to have exceeded 10-15 years, some even 20-25 years. Yeah, I know right? It’s insane but true.

In general, the larger the breed of duck, the shorter the lifespan of the duck and vice-versa. Seldom do they live beyond five to nine years of age.

Below are summarized profiles and lifespans of ducks; you can always click on the link (on the name) when you’ve read through the summaries to go to the individual article on each duck. With that being said, let’s begin!

Mallard ducks are the most frequently seen ducks. They are domestic ducks that possess a heavy body, a large head, and are large in structure. They are found on a large scale in the United States and can be easily distinguished from other ducks.

During breeding seasons, the males can be identified by their green heads and yellow bills, and the females by their brown colored feathers.

During the non-breeding season, the males can be identified by their bright orange feet. Mallards have easily tamed ducks, and are categorized under the “Babbling ducks”.

Mallard ducks usually live an average lifespan of 5-10 years but that’s just the static record. Your Mallard duck can live considerably more than the given age and also less than the given age, it all depends on the care given and some other factors that are really out of our hands.

A Mallard drake (male duck) currently holds the record of the oldest duck in the world – having lived for 26 years 4 months. The main point is that domestic ducks live longer as they are generally healthier.

The Pekin duck is a domesticated duck widely used for egg and meat production. They follow the owners just like pet dogs, make excellent pets, and are friendly with a cool temperament. 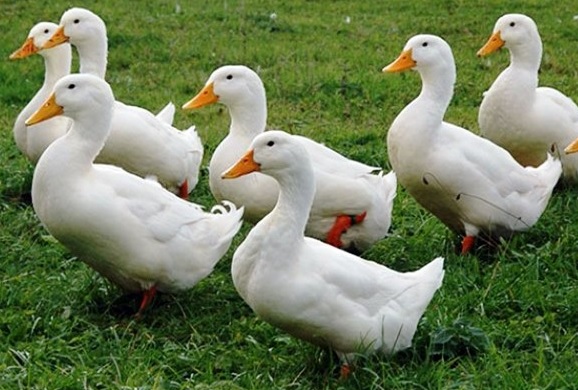 However, due to its rapid growth rate as a young bird, the Pekin live for about 5 years. As age starts to catch up with them, the first noticeable part to fail in the Pekin’s body is the legs. Probably because the rapid weight gain in the first year taxes its ability to support itself in the long-run. They often live with leg problems for a year or two before they die.

The actual “useful life” – determined by the length of time in which it is useful for the owner – of a Pekin might only be three years.

Although there are resources siting the average lifespan of the Pekin to be 9-12 years thereafter, I’m really not sure about that, but then yours could live up to that extended period who knows!

Muscovy ducks are very popular because of the less time-consumption and in-expensiveness of raising them. They have a purple plumage and are brownish-black in color. 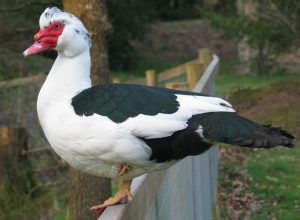 Muscovy ducks can adapt rather easily to cold as they are tropical birds. They might not love being handled so much by humans, but they are less prone to illness.

The average life-span of a Muscovy is 8-12 years, although there are of domesticated Muscovies living longer than 12 years.

Muscovies can live longer as compared to other relatively larger species of ducks. 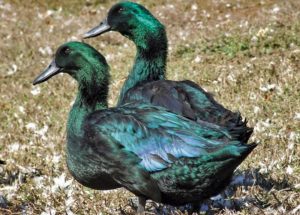 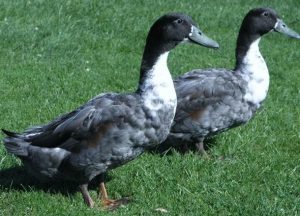 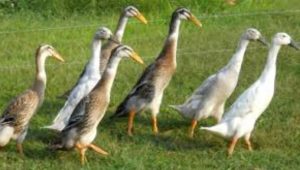 Are all classified under Medium to light ducks.
The average life span of the medium and light ducks is relatively longer than that of most large ducks – usually two to three years. Their life span is between the area of 10 – 13 years.

It should be noted, however, that for all breeds of ducks, the number of eggs laid undoubtedly has an impact on their lifespan.

That is, female ducks kept for egg production might only produce an optimum number of eggs per year for two to three years, and if they’re pushed to produce a higher number of eggs, their lifespan will shorten considerably be it any member of any breed.

This type of duck resembles the Mallard duck but is slightly larger in size. Rouen ducks originated in France sometime before the 19th century, and are heavy and bulky. 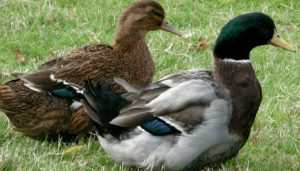 They are raised primarily for decoration, exhibition, and meat. They are not raised for eggs because they are not as fertile as other ducks. The male Rouen has a green head and the females have brownish feathers.

The average life span of a Rouen duck is between 5-9 years. 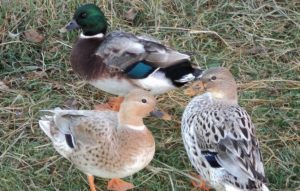 Bantam ducks are considered the longest-lived of the ducks by a considerable margin – the Black East Indies and the Calls live the most.

It is not rare for the Calls to live up to 15 years or more. Bantam ducks tend to have vast useful lives from a breeder’s perspective, with males remaining fertile for a decade or so and some females being able to produce eggs for a longer period, assuming the best of care.

The reason for their considerable longer life span is because they carry lesser weight, and do not experience rapid growth rates, causing their bodies to hold up longer.

Bantam ducks usually stay healthy almost all their lives and do not experience certain age problems associated with other species.

There is also age record information on life span, collected every time a banded bird is reported to the Bird Banding Laboratory in Laurel, Maryland. For instance,

Unless these are biologist-verified previously branded birds recaptures, I am doubtful of this list, as disease, predation, poison etc. can all have a significant effect on most duck species.

But then some ducks can live for a significant amount of time, and a combination of a good diet, conducive environment, and genetic susceptibility to the pathogen will also increase the life expectancy of any specie of ducks.
So, decide which breed of ducks you would love to keep, go ahead, and get yourself a duck! Xoxo. 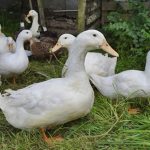 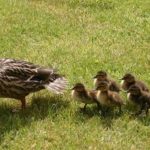